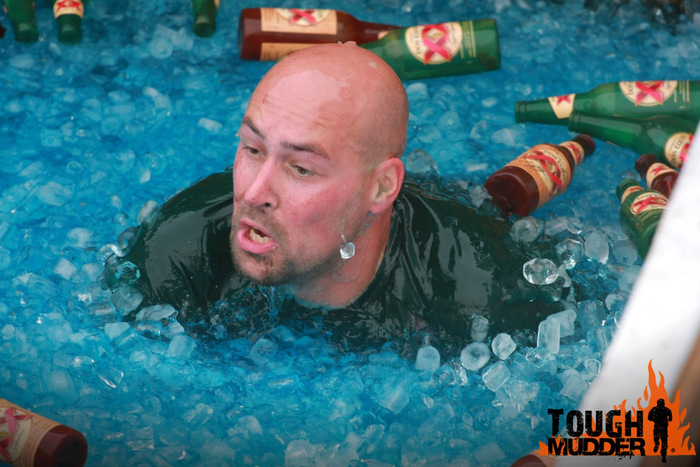 This past weekend I had the pleasure of running the Seattle Tough Mudder.  If you don’t know what the Tough Mudder is, it’s considered an “obstacle race”.  After having run it, just calling it an “obstacle race” is like just calling a McLaren F1 just a car.  This is a long (11+ mile) run with some pretty tough (designed by British special forces) obstacles.  25+ of those obstacles too.  A small few of the obstacles are fairly simple and anyone in reasonable shape can traverse them.  However, most of them are built with teamwork in mind.  Some of them are built in such a way that getting through them without help is near impossible.  Outside of having a few friends tell me not to worry about not going into the event with a team, I really didn’t know what to expect from this.

I wanted to start as early as possible to make sure I’d be able to finish and get home at a reasonable time so, despite being assigned a start time of 12:20, I rolled in early enough to start with the first wave just before 8am.  When they call your wave (these races go in waves), you head over to a warm up area where you’re taken through a few basic moves to get warm and then you head to a start area (just for added awesome, there is a climbing wall you have to go over before you even get to the start area).  Once there, an MC gathers all the people starting in the wave in a circle.  What comes next can only be described as a pep talk on steroids.  I’ve done races before so usually what you get at this point is a “Is everyone ready to run?  YAY!  Are you guys going to kick butt?  YAY!  Who’s a pretty princess? YAY!”  This was different.  First the MC asked people to raise their hand if it was their first mudder, their second, their 5th, and so on.  For some this was the tenth time they’d done one of these events.  You can tell how many times a person has gone through mudders by the color and text on their headband.  First timers get an orange headband, second timers get green, third blue, and so on.  The MC was wearing a band that denoted he’d done 25+ Tough Mudders.  After identifying people, the talk turned to teamwork.

When you start a Tough Mudder, you all become a team.  Every person.  It doesn’t matter if you showed up alone or with a group of 10 friends, you’re now on a team with 50+ people.  Really though, you’re on a team with every single other runner participating in the event.  And the MC reinforces that.  He asked the Legionnaires (those who have completed 2+ mudders) to help the first timers.  This was reiterated several times.  As was the seriousness of some of the obstacles.  If you have a heart condition, don’t run through live wires with exposed ends (that should be obvious but…).  Also, there’s no shame in skipping obstacles and how long it takes you to run the race doesn’t matter.  With something like a 78% completion rate, it’s all about finishing the Tough Mudder and getting your headband, not how fast you do it in.  They don’t have a starting clock or a finishing clock anywhere.  The Tough Mudder is big on promoting and fundraising for the Wounded Warrior Project, so on top of having many members of the military there for the event, the first wave’s pep talk ends with singing the national anthem.  After that, they count down, and then, you go.

I didn’t get it

The pep talk was pretty cool, but I didn’t really get it yet.  Yeah, we’re a team.  If I see someone fall down, I’m going to make sure they’re not dead.  Whatever.  We got started running and it wasn’t that bad.  Three miles in and things were going ok.  Just a couple obstacles so far (most of them are in the last quarter of the race) and I was feeling fine.  I even made it over a few walls without any help.  Close to the third mile as we were running around a pond, I got into the same cadence as a group of three guys who were running as a team.  As we approached 3.5, we were getting close to the Warrior Carry.  This obstacle has one mudder carry the other for half of the distance and then they trade off.  As we got close, I heard the three guys call from behind me, “Hey green shirt!”  What followed was an invitation to join up for the event since they needed a fourth to get through the obstacle.  That was nice and saved me having to wait for someone to show up alone at the Carry so I graciously agreed and exchanged names with them.  At one of the next next few obstacles I lost track of those three guys but continued on.

Somewhere around the 4 mile point in mid trail run, I could hear someone breathing heavy as they came up running behind me. Without looking behind me I heard a woman say “Sorry I’m breathing like a train”.  My response was “no worries, it’s better than not breathing at all.”  We carried on a brief conversation while continuing to run.  “Is this your first mudder?”  “How did you train?”  “I’m really unprepared for this.”  That sort of thing.  Then we got on the topic of teamwork and how this event was different from other races we’ve done (obstacle or not).  We were both so pleased to be doing an event where how fast you ran it wasn’t important, it was about finishing and helping other people finish.  Then she said something that hit me like a ton of bricks, “It’s like how people should be in normal life.”  Holy crap!  It’s so simple.  When was the last time you just stopped and made sure someone else could finish something?  When was the last time you reached your hand out to someone you’ve never met before?  Too often in life, it’s all about how good we can do personally and how quickly we can finish.  I’m not advocating that competition is a bad thing, but perhaps to much of an all the time thing.  We compete against other companies, our friends, our coworkers (some places actually call these teammates), and even ourselves.  What if instead of always doing that, we thought about bringing everyone across the finish line?

Ok so so far it’s not like I had helped or been helped that much.  Shortly afterwards that started changing.  Around mile 5.5 I rolled my ankle for the second time.  The first time I just stumbled a bit.  This time I flat out fell on a hill I was running down.  Ow.  No one was immediately near me when it happened but by the time I had gotten up and started to limp to the side of the trail, the same woman and then several other people caught up to me.  Every single one offered help, asked if I needed a medic, an arm to lean on, or anything else.  Being stubborn (stupid) I said I was fine and just needed to walk it off.  So I did and continued on.  At about mile 8, the three guys I had run into earlier caught up with me.  I was sufficiently recovered that I was more or less running normally (plus a healthy dose of pain).  We resume some light banter as we continued running.

Somewhere just past mile 9, I rolled the ankle again.  This time I went down hard.  We were right by another obstacle: 3 climbing walls of increasing height.  The guys helped me back to my feet and the medic that was at the obstacle asked if I needed help.  I said it was the third time I’d rolled it but I thought I’d be fine.  I looked at the medic and her face was easy to read as she said, “You just want to finish don’t you?”   It was a face that said, “You’re a moron.  I hope you don’t break it.”  At that point there was about zero chance I was going to do those walls on my own.  Even the first at six feet would have been tough on a pretty bum ankle.  My three new friends made sure I made it over at their own expense.  We worked as a team.  That continued at every single obstacle that required any modicum of teamwork for the rest of the event.  Not to mention the Pyramid Scheme where you pretty much HAVE to crawl over each other to get to the top and then pull the last person up.  When was the last time a complete stranger just let you walk over their back to reach their shoulders so you could reach the top?

As I said before, I’m not saying we should abandon all thoughts of competition and being our best.  These concepts have their merits and help us get better.  But we could all stand to take a step back and see what we can do to work better with our teammates, with our partners, and with our friends.  Try making things about getting everyone there and not just about getting there first.  Doing the Tough Mudder helped open my eyes a little bit and I hope that in the future I can act more like a teammate and less like an individual.