Is this real life? Microsoft Band 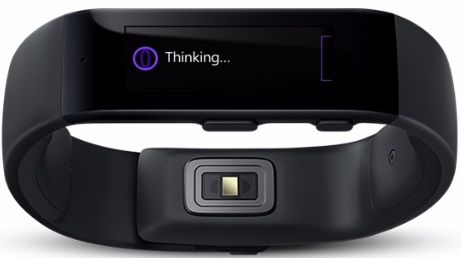 Late Wednesday night, news broke about Microsoft’s soon to be released fitness wearable dubbed: Microsoft Band.  When the news broke, it was shortly followed by links to the official page for the Band as well as news that it would be available for purchase in Microsoft stores and online on Thursday, as in the very next day.  While there are always rumors about what products tech companies are researching or building, I don’t recall seeing anything substantial in regards to Microsoft building or releasing a fitness wearable.  There certainly weren’t screenshots of the actual device and I didn’t hear about anyone leaving a test unit sitting on a bar somewhere.  For all intents and purposes, this product was launched without being leaked.  This is made even more impressive when you think about what was actually built:

That’s a lot of moving pieces and people for something to fly under the radar and not end up on All About Microsoft.  Let’s look at a few other arguably amazing facts:

No matter how you slice it, this adds up to something pretty cool.  It’s even nicer to see that this came from Microsoft as the company continues to pursue it’s mobile first, cloud first mandate.  I haven’t purchased a Band yet (they were sold out before I left work) but I hope to pick one up soon!