How do you Play Monopoly? 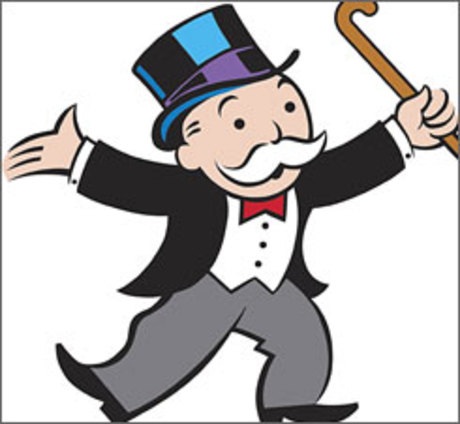 Last week a friend of mine from Arizona was visiting Michigan and had we had a chance to hang out with him for a couple of nights.  While he was here, he purchased for Erin and I our first edition of Monopoly.  Erin and I have of course played before but WE have never owned it.  Having few people willing to play the fast-paced property-trading game in the overly warm state of Arizona, he relished the opportunity to sucker Erin and I into a game (or two).  After purchasing a copy from the local store, we got everything out and started playing.  I quickly learned that there are a couple rules that he is use to that I wasn’t.

First and foremost, he doesn’t put any money in the middle.  No $500 to start and no tax money or money from Chance or Community Chest.  Growing up, I always put a fresh $500 in there and replaced that every time someone landed on Free Parking (who then took all the money).  I was ok with this one but the next one was just ridiculous.  If you have multiple railroads and someone lands on one of them, even if the others are mortgaged, you still collect the amount for having that many railroads.  This is just crazy.  He was pretty adamant that this was “the rule” but I had to overrule and call a “House Rule” to block him.  In my mind, if you have two railroads and someone lands on one, they owe you $50.  If however, the other railroad is mortgaged, it’s $25.  Period.  There’s no way around this one.  Thankfully, Hasbro’s official rules agree with me!

So the question is, how do you play Monopoly?  Are there any weird rules you follow in your house?  Any idea why you have these rules?

I play monopoly with credit cards and millions for currency in the world edition http://tinyurl.com/22keyjo. Why play an outdated game with ridiculous cheap currency? Then again I missed out on buying Ghettopoly http://en.wikipedia.org/wik... which is now worth a small fortune .

Clearly some Monopoly games must be arranged during the long coming winter.